EU OUT VOTE COULD RESULT IN WORRY FOR WORKERS, BUT RELIEF FOR SMALL BUSINESSES 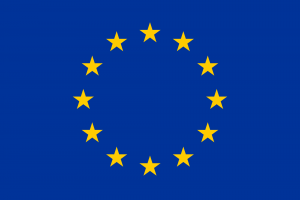 “Firstly it’s important to note that in the event of an EU out vote, the current employment laws required by the EU would not simply disappear overnight, there would be no snap-shut. If the UK voted to leave then notice to leave would have to be given and terms of departure would need to be negotiated. This could take two years or more.

The UK and other EU countries must then implement domestic legislation which complies with said Directives. The EU Directives set the minimum, not the maximum, which means that countries in the EU are free to provide a higher level of rights. For example, the EU Working Time Directive states workers must have a minimum of four weeks paid holidays per year, yet currently in the UK   workers are entitled to 5.6 weeks paid holiday.

One of the reasons why the whole EU debate appears so muddled is that quite simply, it isn’t simple. For instance, rights relating to equality and family leave come from a mixture of UK rights and rights which have derived from the EU. Whilst in theory, all of the rights derived from the EU could be changed if we vote out on the 23 June, in reality this may prove very unpopular and any future government may be unwilling to make certain changes. For example, it’s unlikely that the right not to be directly discriminated against would be removed. However, as workers’ rights would no longer be guaranteed by EU directives, it is possible that changes which reduce worker rights could be made.

One change could be to introduce a cap on the amount of compensation that can be awarded by Employment Tribunals for successful claims of discrimination. Currently there is no cap, meaning that if an employer is found to have discriminated against a worker, the employer can in theory be ordered to pay to unlimited compensation.

This could be seen by workers or representatives as a way to keep large companies in check, as the larger the fine the bigger the damage to the company’s finances and credibility.  Many discrimination claims are settled before getting to tribunal because of the uncertainty as to the amount of compensation that could be awarded. However, if there is a cap of say £25,000, depending on the type of claim, a company, even small businesses with limited resources, may decide it’s affordable to take their chances in tribunal.

Removing or reducing the right to paid holidays would be another controversial change and so may be unlikely. As stated earlier, EU directives guarantee at least four weeks paid holiday for workers. Were this guarantee taken away, it is theoretically possible for a government to reduce the amount of paid holiday time in order to ease the burden on businesses.

In recent times there have been several decisions from the European Court of Justice which businesses have raised concerns over. One such decision was that the amount of holiday pay must be based on normal remuneration, including commission and overtime, as opposed to just basic pay. This can be costly and so it is not surprising that it has proven unpopular with employers, particularly small businesses. Another EU ruling which is unpopular amongst employers is the right for a worker to continue to accrue holiday pay while on sick leave. These are issues that could potentially change following a vote to leave.

The right for workers’ representatives to be consulted over a minimum period regarding redundancies is something that could potentially change following a vote to leave. This means that if this right was taken away, an employer could make a worker redundant without having to undertake a minimum period of collective consultation with their representatives  with a view to try to avoid redundancies. As it stands if the consultation periods are not complied with then an employer could be taken to an employment tribunal.

Although the Trade Unions would strongly resist any detrimental changes to workers’ rights in this regard, theoretically if there is an EU out vote there would be nothing guaranteeing this right to minimum periods of collective consultation.

EU Out Vote Could Result in Worry for Workers, but Relief for Small Businesses

If there is an EU out vote, there is no guarantee that UK employment legislation would change. Any changes are unlikely to be made immediately following the vote, and the exact details of what any changes would be are unknown. The current EU directives are very worker focused but often bearable by larger companies which have access to larger resources.

Smaller businesses can at times feel the burden of employment law as their resources are smaller compared with larger companies.